Welcome to the new Participatory Budget Platform for PB Cycle 12! Here, you can submit your ideas that could potentially become projects for the upcoming PB vote. 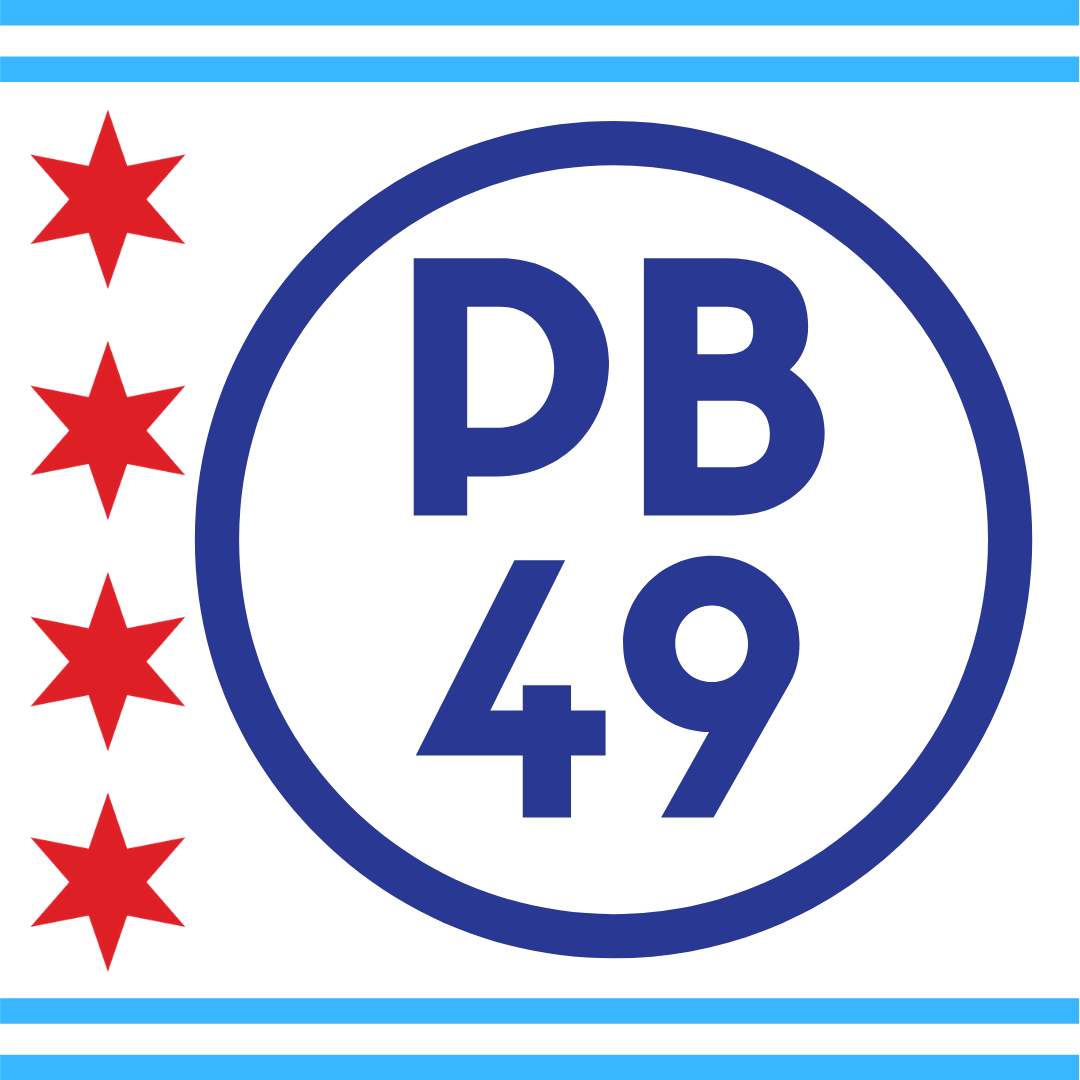 Every year, each aldermanic office receives $1.5 million in aldermanic menu funds – yes, there is literally a menu to spend on infrastructure – for street and sidewalk repaving, curb replacement, bike lanes, street light replacement, and other capital projects. In most wards, this money is allocated by the alderman, with varying degrees of input from city departments, staff, and residents.

Participatory Budgeting (PB) is a democratic process in which community members directly decide how to spend part of a public budget. The process was first developed in Brazil in 1989, and there are now over 1,500 participatory budgets around the world, mostly at the municipal level. The first PB process in the United States was launched right here in Rogers Park in 2009 by former 49th Ward Alderman Joe Moore.

Often, residents are very familiar with their neighborhoods and might have unconventional ideas that can help improve their daily commute, parks, schools, and more. Participatory Budgeting is a tool that taps into that resident genius and allows it an incubator space to create new possibilities for improving neighborhoods.

Since taking office in 2019, Alderwoman Hadden has chosen to continue the legacy of Participatory Budgeting in the 49th Ward by making $1 million of the discretionary capital funds (“menu money”) available to the community to decide how to spend through the PB process. In 2020, our ward office added Policy & Programs as another topic. Though aldermanic funding cannot be used for topics of nature, this allows residents to pose policy ideas which could further lead to community-driven initiatives and legislation presented at City Council meetings during and beyond PB cycles.

Overall, PB is a democratic platform designed to enable entire communities to directly participate in decision-making regarding menu money to improve the quality of life of neighborhoods, and PB49 helps empower this mission.

Follow the link below if you wish to learn more about PB in Chicago!

What is decided $1 million of the ward's public infrastructure dollars
Who participates Anyone can participate by sharing an idea or creating a project proposal. Anyone who lives in the ward and is 14 years of age or older can vote to determine how to spend the $1 million dollars.
How is it decided Community residents share ideas, develop project proposals, create a ballot and hold a community vote. The top winning projects are then funded and implemented!
Promoter group Ward 49
Reference: chi-PART-2021-01-1

Please paste this code in your page:

Website made with free software deployed by Open Source Politics.